The New Year brings new laws and Illinois’ headline law change is the legalization of recreational marijuana. It is one of the few states to legalize via the state legislature rather than by direct democracy. Included in this legalization law and the focus of this article is an adjustment to how certain cannabis offenses will be expunged. With the passage and implementation of HB 1438, Illinois will make a seismic shift in how it treats marijuana from when it used to treat just a single joint as a felony offense. 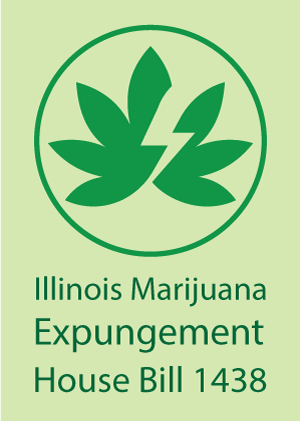 First, for those who have an arrest for a minor cannabis offense that did not result in conviction, or where the charges were dismissed or vacated, will see their record automatically expunged after a year from the date of record creation. The automatic expungement will not occur immediately, however. Due to the volume of records that the state has created in its time enforcing cannabis possession, it will take time for the state agencies involved to complete the process of expunging eligible records. The state has established a timeline by which state agencies need to complete the expungement process based on when the record originated. The most recently created records, back until January 1, 2013, will be expunged by 1/1/2021. The oldest records, however, will not be expunged until 2025.

The law fortunately acknowledges that some records may be incomplete or missing a judicial segments, and places the burden on the law enforcement agency to show that the arrest record is linked to a conviction. Still, with the established timelines and the risk of older records falling through the cracks, those who might otherwise be eligible for automatic expungement, may still want to consider proactively pursuing expungement. The law allows does not require record holders to wait on the slow gears of the government to achieve relief.

For those with convictions for minor cannabis offenses, the Illinois State Police will review records for eligibility within 180 days of the law’s activation and submit them to the Prisoner Review Board. The Board is set to determine if these cases will be recommended to the governor for a Pardon Authorizing Expungement. If the governor grants this type of pardon, then the state attorney general will file for expungement. State’s attorneys cannot object to these pardons except on the grounds that a class 4 felony is ineligible. It is important to note that while the mechanism for this relief is automatic, there is no guarantee of when the process will be completed or that the governor will grant the pardons. The law does provide, however, the means to file for an expungement of an eligible conviction proactively just as it does with non-conviction offenses.

The new system will allow for states attorney to also file for expungements of eligible records. Cook County State’s Attorney, Kim Foxx, made it clear her office plans on fully supporting the law when she appeared personally on behalf of nearly 1000 applications for expungement. It is exciting news that the state is moving toward automatic relief and that the agencies responsible for creating these records can now be involved in clearing them, but it is important for those with an eligible record to be proactive in clearing the record. It will take a long time for the process to move through its steps and there is no need to wait even longer to remove the stigma of a marijuana record.

If you are someone seeking relief from an old Illinois record, please contact our specialists at (877) 568-0196 or take our free online eligibility test. We would be happy to help you clear your record and provide you the individual focus the bureaucracy can not.

This entry was posted in expungement, General news, Laws. Bookmark the permalink.