On July 28, 2019, HB 1041 went into effect and expanded opportunity for Washingtonians to vacate their criminal records. HB 1041, also known as the “New Hope Act,” will help a greater number of rehabilitated former offenders rejoin society and enjoy full access to economic opportunity. The bill, with the goal of “promoting successful reentry,” passed both the state senate and the state house without opposition, and Governor Jay Inslee signed it into law without delay.

By modifying the process of obtaining a Certificate of Discharge and expanding the eligibility to vacate a record, Washington has shown they are committed to improving the success of rehabilitated former offenders reentering society. 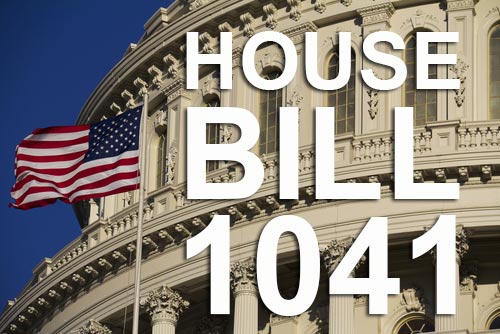 The significant change in eligibility is allowing those with multiple convictions the opportunity to seek the relief that comes with a record vacate. The law establishes two waiting periods that must be met: years spent without a conviction prior to application for the record vacate and years since completing the sentence for the conviction being vacated. The waiting period is dependent upon the level of the offense, and sometimes the nature of the offense. Even offenses with blanket ineligibility, such as crimes against persons or violent offenses, have had a few exceptions added where it is possible for someone with such a type of conviction to seek a record vacate.

The law breaks down eligibility between felonies and misdemeanors. Felony A convictions are not eligible for relief. Felony B convictions have a ten year waiting period from when the sentence is complete and the petitioner must have ten years of no convictions before filing for a record vacate. For those with a Felony C type conviction, the waiting period is reduced to five years, but the conditions remain the same. Now before this law change, those with convictions for violent crimes or crimes against persons, as defined by law, were faced a blanket of ineligibility. With this law change, a few of those types of convictions have become eligible: Assault in the 2nd Degree under RCW 9A.36.021, Assault in the 3rd Degree under RCW 9A.36.031 when not committed against a law enforcement or peace officer, and Robbery in the 2nd Degree under RCW 9A.56.210 can now be eligible for vacation as long as they did not involve a firearm, deadly weapon, or sexual motivation enhancement. The moves made for felony convictions means that even those with more serious offenses will have light at the end of the tunnel, if they can rehabilitate themselves and change their behavior.

Misdemeanors are treated the same whether they are gross misdemeanors or standard misdemeanors, the distinctions come from the nature of the offense. Domestic violence offenses and certain under the influence type offenses face more serious waiting periods and more severe consequences for repeat offenses. Outside of those offense types, the waiting period to vacate a misdemeanor conviction is three years. Like with felonies, the waiting period comes in two forms: three years must have passed since discharge from sentence and three years of no convictions must precede the application. The important takeaway from both changes is now someone with more than one conviction can have their records vacated. Some people make mistakes in batches or during a specific period of their life before realizing the straight and narrow is the better path. These important changes provide the hope for a life without stigma, and for full access to economic opportunity. Changes that will be a positive not just for former offenders, but for the community at large.

In addition to modifying record vacation eligibility, the law made adjustments to the process of obtaining a Certificate of Discharge. The value of having a Certificate of Discharge is two-fold: it restores civil rights lost as a result of the felony conviction and is a court affirmed record of when an applicant completed their sentence obligations. The Certificate of Discharge importantly restores any civil rights that were lost as a result of the conviction, including the permanent restoration of the right to vote, the right to serve on a jury, and the right to seek public office. In effect, it restores a former offender to full citizenship and provides the ability to be a fully active participant in civic affairs. The Certificate of Discharge does not restore firearm rights, however and Washington has a separate process for that. The second value relates to the vacating of a record: it provides the starting date from when a waiting period is measured for eligibility.

Important change has arrived to Washington state and it looks to be a significantly positive step for rewarding those who have shown their capacity to change themselves for the better. It is important to not wait to seek relief, contact our law firm now so we can help you determine your eligibility for relief. We have extensive experience in Washington and we would be happy to apply that experience to helping you achieve your best relief. Our specialists will be happy to answer any questions at (877) 573-7273 or you can jump right into our free online eligibility test.

This entry was posted in Laws. Bookmark the permalink.